Do You Know Your Regional Pizza Styles? There is a whole world of pizza styles outside of New York and Chicago, and at Univex, we have to always be ready for what’s next to make sure that our equipment can handle any new recipes that are tossed our way.

Below are 6 lesser known regional pizza styles from the United States that made us hungry after doing some pizza research (yes, that is what some of us actually get paid to do here)…

Why not start with the region closest to our factory in New Hampshire?

Beach pizza originated in the coastal areas on the Massachusetts and New Hampshire border. The two pizzerias that started this style are facing each other across the street at their Salisbury, Ma locations.

Both pizzerias have square shaped slices, sweet sauce, and extra cheese if you want it because it comes with very little. One pizzeria is known for their use of special cheese and the other bakes a bakery style pizza with a cheese sauce blend.

This style of pizza originated from (you guessed it,) Detroit.

Detroit style pizza is rectangular in shape, and this is because it is often baked in square pans that were old industrial trays used in Detroit’s factories. The crust is traditionally baked twice to achieve a chewy on the inside and crunchy on the outside texture.

The crust is very thick and crispy, with common toppings like pepperoni and mushrooms. The pizzas are usually layered in a way to keep the sauce away from the crust to keep it extra crispy. They do this by putting the pepperoni on the crust, and then cheese, and finally the sauce is applied last.

Another pizza style that was named after the city it originated from is “New Haven Style” pizza from Connecticut.

The pizzas, or as locals call them “Apizzas”, come with a charred crust that can be achieved with the help of oil or a coal fire oven and are often irregular in shape. Traditionally this pizza comes with olive oil on the crust, oregano, grated cheese, chopped garlic, and fresh littleneck clams.

The last of our city named pizza styles is the St. Louis style pizza which originated in Missouri.

The dough for this pizza is made without yeast which results in an extremely thin crust. It is common for St. Louis style pizzerias to use Provel processed cheese which originated in St. Louis and is a combination of cheddar, Swiss, and provolone cheeses.

There is heavy use of oregano in the sauce compared to other pizza types and the slices are cut into squares or rectangles instead of wedges because the square shape can support toppings better than a wedge shape slice.

Grilled Pizza was the invention of a restaurant owner in Providence, Rhode Island.

Their pizza is cooked over hot coals by oiling the dough and grilling both sides until it can support the toppings. The toppings then melt on the hot dough and it’s ready to serve.

The pizzas are cooked as hot and fast as they can because the heat from the grill makes the crust crispy while the inside is still chewy.

Colorado Mountain Pie’s are the invention of a pizza chain in Colorado.

These pizzas are sold by weight and you can buy them as 1, 2, 3, or 5 pound pies. To achieve this weight, it is topped with mountains of ingredients and it is made with a hand-rolled crust that is often dipped in honey for dessert.

Be on the lookout for more information and visit us at our next show! 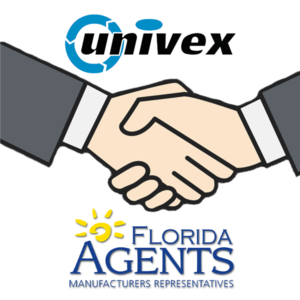 News Univex, a leading manufacturer within the foodservice industry is continuing to expand and grow their outside sales force. Univex is proud to announce new 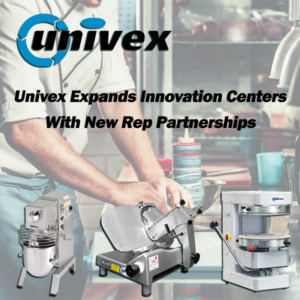 News Univex Corporation, a leading manufacturer since 1948 within the Pizza, Bakery and Food Preparation space is expanding its partnerships, and has hired 2 new News Via Total Food Service Univex Corporation, an industry leader in food prep, bakery and pizza equipment has release a brand-new product, which is sure to shake Why Pizza Chains are Moving To A Cold Spinner System

News With the growth and development of pizza chains, it is more important then ever for these companies to produce the best product possible to Features To Look for When Choosing a Vacuum Packer

News Vacuum Packers have become front and center as a necessity for many restaurant operators. There are many features to look for when choosing a

Univex Joins FEDA – Q and A

News Original Article on FEDA Website As part of its mission to celebrate organizations that push the foodservice equipment and supplies industry forward, the FEDA